The next (rainy) morning, the Roos, Team Phoenix and our team headed out. The insurance guy was nowhere to be found, so we thought we would be driving to UB without any (living on the wild side!), but we found him randomly walking down the one road in the town. Actually, he found us - he probably just wanted our $40, but we gladly forked it over and even treated him to a cup of tea!

Once we got going, there was tarmac for part of the way and we were very pleased. We drove through some typical Mongolian scenery – mountains, goats, gers, horses. Though cold and gray that day, it was quite beautiful. After about 90km we reached the “town” of Olgii and stopped for lunch in the “Irish” pub. It’s funny how every town has Irish pubs that are completely not Irish at all. We ate mutton and horse. It was delicious though! 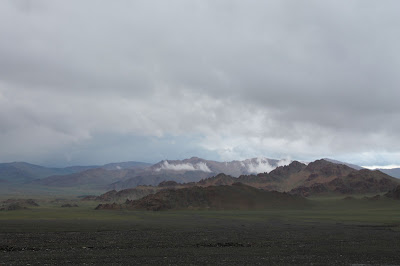 views from the road 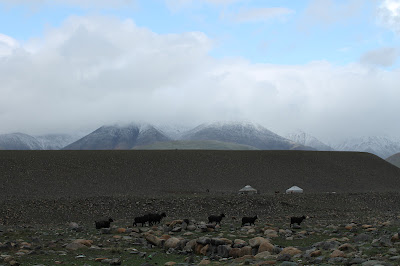 Gers and goats! And mountains.

Our first taste of Mongolian roads was slow but steady going. Our cars did get tested. The Mighty Perodua (as the Roos call our car) did not have any problems, but the Roos blew a tire and Team Phoenix had to fix their roof rack a few times. During the tire fix we were exposed to the wonder of foam tire fixer. It worked really well and the Roos didn’t have any more tire problems that day. I would highly recommend that stuff to future ralliers. 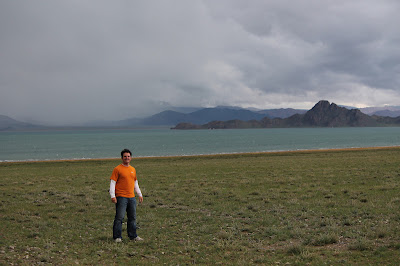 A  very pretty lake that you couldn't have paid me to swim in because it was SO COLD outside (Seb jumped out of the heated car for this picture). The Roos fixed a tire near here.

We had to ford our first big puddle and I’ll admit, I was skeptical about the car’s ability to do it without getting stuck. I will never doubt the Perodua again, she made it through beautifully.

Everyone we saw while driving was super friendly and loved waving and saying hello. As dusk approached, we were in a small village and decided to look for somewhere to set up for the night. We asked a lady who owned the only shop in town, and she told us we could set up in an abandoned building she owned. Incidentally, she had a car that she had bought from the Mongol Rally the year before. She was looking for spare parts and tires, and noticed that the Roos had a car with tires the same size as hers! However, giving her the tires off one their car was not an option, so we couldn’t really help her.

Her building/shack offer was actually quite appealing because there was a roof, and it was probably going to rain that night. For the low, low price of $2/each we got a shack with a roof, but no windows. We made ourselves comfortable and cooked up a pretty good dinner for everyone. 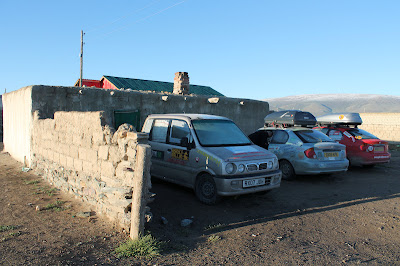 Our fancy digs for the night

Mongolians are friendly and curious, which is great, but they also have different ideas of personal space and privacy. From the moment we parked, people seemed to come out of the woodwork and walk through where we were setting up our tents and inner. The kids would just pop into the cars and start handling our things and asking for us to give them stuff. I gave them some Canadian pins, which I am sure they were really excited about. 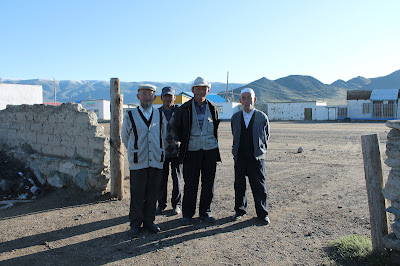 The outhouse for the building was basically a waist-high wall of bricks five feet away from the front door, so you can imagine how the constant stream of visitors affected our “comfort” level. After some fun and polite interaction we eventually managed to settle in and eat dinner, but Ben and some of Team Phoenix decided to sleep in the car anyway just to make sure things were secure. 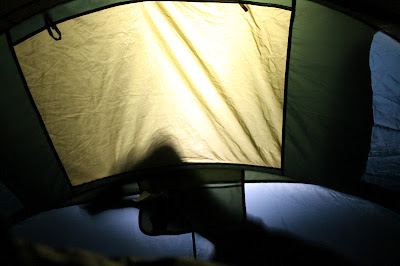 The guys who slept in the car missed this spectacular puppet show spearheaded by Rhys. They also missed the most entertaining character ever (created by me) Ollie the Ostrich.

In the morning, the cars were no worse for wear, except for Team Phoenix’s car which was missing a licence plate. Luckily, they had two!

Donate to our charities!

Promote Your Page Too